The actions of other drivers can sometimes cause accidents. Behaviors like distracted, drunk, or erratic driving patterns are inherently dangerous, but these are not the only dangers for others on the road. Defective vehicles can also pose a serious risk.
Every year, new vehicle defects become known which causes a mandatory vehicle recall by the manufacturer. In order to avoid sustaining severe injuries and accidents altogether, you should understand the common reasons that a vehicle is recalled and what actions should be taken when a mandatory recall is issued.

How Can Do You Find Out If Your Vehicle Was Recalled?

You should first try to find out if the car you are driving currently has been issued for a mandatory recall. Manufacturers of cars, as well as dealerships, are obligated to reach out to vehicle owners either through email, the post, or a phone call in order to let you know that your car has been recalled. Sometimes these entities have troubles reaching vehicle owners, and this is especially common when the current location of the owner is unknown, their number has changed, or they have a new email address. If you wait to find out through a letter in the mail, you may be driving a dangerous car without even knowing it.
If you want to find out if your vehicle has been issued for a recall, you just have to visit the provided website here. This is an official National Highway Traffic Safety Administration (NHTSA) web page that can let you know if your car has been recalled for a serious safety issue, simply through providing your vehicle’s unique Vehicle Identification Number (VIN). For most cars, the VIN is located on the lower left portion of your windshield, as well as on the frame of the driver’s side door.

Dangerous Vehicle Defects That Are Often in the News 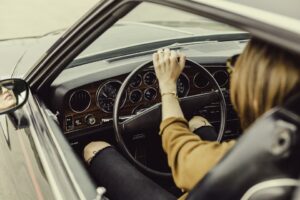 There are many possible reasons that a recall will be issued for a specific vehicle, but not all are a cause for serious injury risk. However, in many cases they do, and when this happens they are often mentioned in the news.
Some of the more common and dangerous defects that are issued for vehicle recalls include the following:

What to Do If Your Car is Recalled or You Are Harmed?

If your car has been selected for a mandatory vehicle recall, then you should contact a local dealership as soon as possible in order to arrange for the repair or replacement of your car. A mandatory recall should be covered by the manufacturer entirely, but some cars are repaired within the mindset of “first come, first serve.” You shouldn’t wait to see how your car manufacturer will handle the issue. Take action to protect yourself, your loved ones, and others on the road by making sure your car is safe before getting behind the wheel.

Vehicle defects have a high chance of resulting in significant injuries. These can cause you or others to be injured, and sometimes these defects can result in death. The manufacturer can be held liable for these damages if you partner with a wrongful death lawyer in Utah.
For over 30 years, the Salt Lake City personal injury lawyers at Siegfried & Jensen have helped grieving families successfully win wrongful death lawsuits against car manufacturers for vehicle defects.
Call the law offices of Siegfried & Jensen today at (801) 845-9000 to discuss your case with a qualified attorney and see what options are available for you.