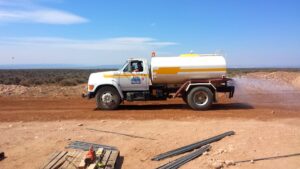 Construction Injuries and Safety On The Job

There are considerable safety hazards on construction sites that can cause severe workplace injuries to workers. There were 806 deaths out of the total 4,175 worker deaths in 2012 in the construction industry, accounting for 19.3 percent of all workplace fatalities. More than half of these fatalities were due to the following four factors:

With the high rate of injuries and hazards present in the construction industry, workers’ compensation claims are extremely frequent within the profession. For instance, from 2005 to 2007, there average workers’ compensation claims costs due to a fall from an elevation in all professions was around $50,383. The average claim is significantly higher for roofers and carpenters at work in the construction field. The average cost for carpenters was $97,169 and $106,648 for roofers. The average cost per year duet o falls from elevations by roofers was around $54 million and $93 million for carpenters. Lost time claims averaged more than $106,000 for roofers and $97,000 for carpenters.

In the event that your workers’ comp claim is denied, you are eligible to appeal this decision. The deadline for this appeal will be outlined in the denial letter itself. Before pursuing an appeal, however, you will want to meet with your employer — or their insurance provider — to find out if the dispute could be resolved easily. It could have been a clerical error or just a misunderstanding.
If you choose that you want to appeal the decision, you should keep in mind that it is an extremely complex legal process that should be handled by an experienced Salt Lake City workers’ compensation lawyer. The process for appeals is unique to each state, but it will usually involve a hearing before an administrative law judge, likely through the state labor department. There could also be many levels to this appeal.
You should bring any relevant documentation, such as medical records that state the reasons for the denial. This could be the results of another medical examination, a timesheet that proves you were at work at the time of the accident, or some other form of evidence. If you are thinking about filing an appeal, you should make sure that you clearly understand the procedures at play in the state of Utah by hiring an experienced Utah workers’ compensation attorney.

If you are on the job, you don’t often expect that you are going to be injured in a serious accident. However, in certain industries, accidents are more common. Sometimes these accidents are not serious, and in others, they could have been prevented if it were not for the carelessness or negligence of another person.
Each year, tens of thousands of workers die in accidents on construction sites, and nearly a thousand die. Victims of these accidents may be eligible for financial compensation with the help of an experienced Salt Lake City workers’ compensation attorney.
At Siegfried & Jensen, we believe in helping victims and their families recover after a freak accident on the job caused by another’s negligence. Sometimes workers’ compensation is not enough, and the victim may be able to file a third-party claim. Contact us today at 801-845-9000 if you want to discuss your case with a legal professional.