There is a common misconception that pedestrians are at less risk to receive an injury in a motor vehicle accident. This is because some people think that choosing to walk instead of drive is inherently safer. It is true that there are great dangers associated with getting inside a car, and this makes individuals choose to walk when it is only a short distance to their destination.
However, motor vehicle crashes still are dangerous even if you are a pedestrian. There are statistics that show the risk to a pedestrian being involved in a crash is higher than you would think.
A report from the Governor’s Highway Safety Asociation indicated that at least 6,000 pedestrians were killed in traffic-related accidents during 2018. This is incredibly high, as it is the most pedestrian deaths than have been seen in at least 30 years. During the last decade, deaths have increased by 30 percent.

Bigger cities seem to be a greater risk to pedestrians due to the high volume of cars as well as people choosing to walk. However, smaller urban areas are also potentially dangerous for those who choose to walk on foot to their destination. The city of Macon, GA – with a population of only 111,000 – has had one in every 8,000 resident die as the result of a pedestrian accident in the previous year.
There are some that believe this is largely due to growth in population because reports show that this can increase the rate of certain activities such as jaywalking. This is not a sufficient justification. City infrastructure also plays a part in the risk of pedestrians being involved in motor vehicle crashes.
Certain cities are not designed for people to walk around as they were created to host cars as the primary method of transportation. This has been cited as a reason for a drastic rise in pedestrian fatalities and traffic deaths overall.
Infrastructure is not the only source of blame, however. The installation of sidewalks did not curb the speed of fatalities in certain cities. Other sources have identified a rise in sport utility vehicles (SUVs), indicating that these vehicles are more likely to cause a traffic death than a smaller car.
There is also an upward trend in individuals, including both drivers and pedestrians, operating cell phones. The use of cell phones has increased by over 4,000 percent by both walkers and drivers in the years following 2008.
Studies show that the poor behavior of drivers overall is linked to increasing rates of pedestrians crashes. In some states, such as Florida, a majority of the accidents experienced were the result of distracted drivers using phones or multitasking while operating behind the wheel of a car. No matter what the cause is, it can be said without a doubt that pedestrians are just as likely to sustain some type of serious injury regardless of if they are behind the wheel of a vehicle or not. 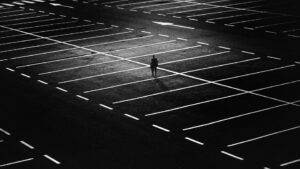 From 2017, statistics from the National Highway Traffic Safety Administration (NHTSA) indicate that a median of one person died every 88 minutes as the result of a pedestrian crash involving a motor vehicle. Overall this was a 1.7 percent decrease from 2016, but this is still significant, amounting to 5,977 deaths in total.
The NHTSA has compiled a few suggestions that can potentially help you be prepared to protect yourself from being the victim of a pedestrian auto accident:

These are some easy to understand tips that can be the difference between safely traveling and sustaining a serious injury. As experienced personal injury attorneys, we understand that, despite all of your best efforts, accidents will happen.

Pedestrian crashes with an automobile can happen to anyone. In Utah, out of a total of 866 pedestrians who were hit by large vehicles, 770 received injuries while thirty-two were killed as a result. Do not take on the big insurance companies by yourself.
Siegfried & Jensen has been providing help to the residents of the state of Utah and the surrounding area who have experienced an injury due to a tragic crash or event.
We have assisted in recovering over $850 million for our esteemed clients. Not only that, but our firm also champions a 97% success rate of our 35,000 previous cases.
We understand that a lawsuit isn’t always the correct answer to solve your problems. However, we do understand that having someone on your side can mean all the difference, especially when you’re up against an insurance company or a hospital.
If you or a loved one has been the victim of a car accident or personal injury, please contact our offices at (801) 845-9000 to discuss your case today with an experienced pedestrian accident lawyer in Utah.