In most cases, rear-end collisions are usually the fault of the driver in the back. In other words, the driver who struck the vehicle in front of them is usually liable. But, this may change if the tailing driver argues that his or her vehicle’s faulty brakes resulted in the crash. It is not necessarily a strong argument (at least in most cases), but we are going to take a look at what should be provided in order to provide evidence of this argument in court. This information could assist you when filing an accident claim after a collision involving a fender bender and potentially save you a lot of headache during the process.

Make Your Claim As Soon As Possible

If you think that faulty brakes resulted in you rear-ending another car, you are going to have to make this claim following the crash in order for it to be believable. This essentially means that you need to get out of the car at the time of the accident and let everyone know that your brakes weren’t working properly. You could tell everyone that you “kept hitting the brake, but nothing happened!” Really, anything to get your point across that the brakes were the reason for the incident.
If you make the same claim three weeks after the incident, it will not be nearly as credible.

Don’t Drive Away From the Scene

If you are making the argument that your workers were not working properly during the crash, you shouldn’t drive the vehicle away from the scene. If your claim is valid, then from a standpoint of being safe, driving the vehicle isn’t an option. From a legal standpoint, the argument of faulty brakes will not be credible unless the car is not towed directly from the scene of the accident to be checked by a mechanic.

Your Vehicle Should Be Inspected by a Qualified Mechanic

If your argument is that the brakes caused the car crash to happen, you should have the car checked out immediately following the crash. Even if you just wait a few days, then it becomes harder to prove what the exact condition of the brakes was at the time of the accident.
The car should be removed from the scene by a tow direct straight to a qualified mechanic. If the driver asks for the car to be towed tot heir home to be checked out later, the argument of failed brakes is weakened substantially. Even if the driver says they have a friend who can check out the car, this could also weaken the argument that failed brakes are to blame for the incident.

The Cause of the Failure Should Be Evident

In order to have a valid claim that faulty brakes resulted in the collision, the cause of this malfunction should be pretty apparent. The mechanic should be able to automatically spot the fault, such as a broken hose or a sheared-off pin. The complicated the supposed reason for the brake malfunction, the less likely that the claim will hold up in court. It is important to understand when your argument is at fault and what evidence needs to be provided to back up your claim in court.

Even With Faulty Brakes, Could the Tailing Driver Be Held Liable? 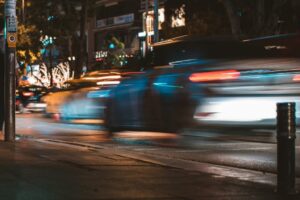 The crucial question is, if the brakes did malfunction, what is the reasons for the failure? The only kind of malfunction that can help the driver avoid liability would be a complete, sudden, and unexpected failure of the brake system.
Even in the event of a sudden and partial failure of the brakes, this might not be a strong enough defense. In the case that the driver wasn’t paying adequate attention or following the other car too closely, it would not be enough to escape liability. In this case, the plaintiff could argue that a reasonable driver would not have been following a vehicle so closely and that the real fault leading to the crash was the driver’s own inattention or negligence, not a malfunction of the brake system.
Another realistic example could be if the brakes failed, either partially or completely, due to a lack of maintenance or repair on part of the driver. In this case, a brake failure would not be a proper defense in any way. There is a legal responsibility for all car owners to maintain their car in a reasonable state of repair. The vehicle owner (or driver, if the driver owns the vehicle) would be found negligent for noncompliance of this duty if they did not keep their car in a reasonably safe condition. If the failure is resulting from lack of proper maintenance, this would mean that the brakes were also neglected, causing them to not perform properly. A reasonable driver acting without negligence would know if their brakes were not working properly.

Car crashes can vary in severity. Some can lead to permanent disfigurement, serious injury, and even the death of a loved one. In some case these accidents are preventable, but sadly, accidents will still happen. Someone dies on the roadways every 36 hours, and these deaths are often due to the reckless action of another driver. They could be driving while distracted, speeding, or under the influence. The resulting loss can potentially leave a family feeling alone when facing the aftermath of a deadly accident. In some cases, they are able to partner with an experienced wrongful death lawyer in Utah in order to pursue compensation for damages due to the recklessness or another person.
The qualified Salt Lake City personal injury lawyers at Siegfried & Jensen have been representing the residents of Utah and the surrounding area for over 30 years. We helped families recover millions in settlements in order to re-start their life after a terrible accident. If you or a loved one has been harmed recently due to the negligence of another party, contact us today at (801) 845-9000 to discuss your claim and see how we can help you.