With all pets in the households in the entire United States, over 800,000 people receive some type of medical treatment after a dog bite injury each year. This doesn’t even include other injuries involving dogs, such as when the animal knocks someone over or causes a crash from chasing a motorcycle. According to Utah law, dog owners are often held liable when their pets harm another person. This would result in the owner’s insurance company paying for the victim’s injuries — also known as damages. Various damages could include:

In the event that the victim shares partial blame for the incident, they may see a reduction in their potential compensation due to Utah’s practice of comparative negligence.

Some of the more apparent costs after a dog bite attack are the medical expenses, which include bills for physicians and hospital services, medication, physical therapy, and required psychological treatment.
If the injury somehow aggravates a pre-existing condition, these costs could be even more expensive than you may initially think. It is a common legal practice that, if you harm another person, you are held liable for the injuries that result from your actions, and this applies even if the injuries are made worse due to a pre-existing injury. For instance, if a dog knocks over an elderly woman who has back problems, the fall would not normally substantially harm someone who is younger, but in the case of the elderly woman, it could likely lead to intensive medical treatment due to an aggravation of her condition. The owner of the dog would be liable for all the medical expenses, and not just what would be expected if the victim were healthy. 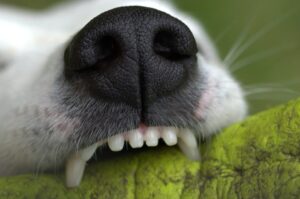 Dog bites or mauling can cause severe pain and suffering of the victim — in the form of physical as well as emotional suffering. Emotional distress, as well as the trauma of the attack, can result in physical pain and extensive medical treatment. Victims may have a new and debilitating fear of animals, making it hard to leave their home, as well as anxiety, shock, restlessness, depression, and other psychological issues. In certain cases, the victim may develop some type of post-traumatic stress disorder (PTSD). If it is believed that pain and emotional issues will be ongoing, the victim may be able to recover expenses for future pain and suffering as well.
It is sometimes difficult to place a specific value on pain and suffering. Because of this, the amount that victims receive for their pain and suffering can vary significantly. Many times, judges may view a given settlement as excessive if it is not reasonable to the circumstances of the accident.
There are some factors that are considered when determining how much a victim will receive:

Victims are entitled to recover lost wages when they take off work for medical treatment, diagnosis, or general recuperation following a dog bite injury. It is also possible to be compensated for a loss in future income. This is known as a loss of earning capacity and can potentially be significant depending on the circumstances of the injury.

Loss of Consortium or Services

Sometimes these injuries can affect the relationship between the victim and their spouses, allowing them to receive compensation for “loss of consortium,” meaning lost companionship or intimacy.

Under the law in Utah, the owner of the dog has a higher chance of being held responsible in the event that their animal has shown aggressive anger in the past. It is also possible this may cause them to pay multiple damages due to their knowledge of previous aggressive behavior.

When the owner of the animal acted particularly reckless — for instance, repeatedly allowing an aggressive dog to run around freely — then he or she may be punished by paying a higher amount over what would normally be compensated to the victim. These punitive damages are meant to harm the dog owner financially in order to send a stronger message in order to discourage similar behavior.

Each year, around 4.5 million people suffer due to a dog bite attack in the United States. Dog bites can result in severe injuries, such as longterm disfigurement, scarring, and possibly losing a limb or body part. If you or a loved one has been harmed in a dog bite attack, contact a dog bite injury attorney in Salt Lake City to recover compensation for your damages.
At Siegfried & Jensen, our Utah personal injury lawyers work tirelessly in order to secure multi-million dollar settlements for our clients. If a family member has been harmed due to the carelessness of a dog owner, call us today at (801) 845-9000 to see how we can help.