During the last four decades, traffic safety initiatives have made remarkable progress. New regulations for safety have successfully fostered efforts to educate motorists about common reasons for car crashes, which has ultimately created a significant decline in the rate of traffic-related deaths. The National Highway Traffic Safety Administration (NHTSA) has reported that, within the past ten years, there has been a documented 25 percent decrease in total deaths and a 13 percent reduction in the rate of traffic injuries. It goes without saying that this is wonderful news for drivers, but it may be too early to celebrate quite yet. It is a given that there are still many preventable reasons that car accidents take place, and one of the more enduring reasons is rubbernecking. 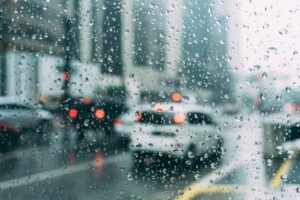 Rubbernecking is a form of distracted driving, which carries massive risks for other drivers and yourself, and it can cause major accidents. Texting behind the wheel is another dangerous behavior behind the wheel. Studies show that even just a quick look at a mobile phone can cause you to lose eye contact with the road for about five seconds. If you are traveling on a highway or interstate, your car can go for over the length of a football field during this short period. No one in a sane state of mind would want to drive that far without looking at the road.
Distracted driving has become such an issue that the federal government estimates that 16 percent of all traffic-related deaths in the United States are due to some type of distraction behind on the road. Even more, research from the AAA finds that distraction may even be a greater concern than the available statistics show. Their studies found that there is a lingering effect resulting from distraction that can cause drivers to be less attentive on the road for an estimated 27 seconds even after the distraction is over.
The issue of distracted driving is even more prevalent amongst young, teenage motorists. It has been shown that about 60 percent of all accidents involve teenagers. Distractions can vary, such as conversations with another passenger (15 percent), being on a cell phone (12 percent), to even being distracted by something inside (10 percent) or outside (9 percent) the car.
Rubbernecking is a notable example, and according to some estimates, motorists may even spend more than half of their when operating a car actually paying attention to something else on the roadway.

The Danger of Rubbernecking

Rubbernecking is a particular nuisance on the road, for both drivers and safety experts alike. , mostly. This is mostly because the action is entirely preventable. There are always moments when you are on the road when you may not be paying adequate attention to your surroundings, becoming distracted in the process. This is hard to avoid. It could be due to a number of reasons, such as a baby crying in the backseat, another driver honking his or her horn, or a bug that flies across the dashboard. Unexpected distractions are going to happen no matter how much you prepare and are conscious behind the wheel.
However, rubbernecking is something different entirely. Rubbernecking involves consciously making the choice to stare at a site outside of your vehicle rather than keeping your attention on the road and other drivers. Usually, this behavior involves staring at a traffic accident. A lot of the time, motorists will slow down and even stop traffic altogether due to their own innate curiosity, attempting to get a look at what happened in the crash.
It seems that there are moments when other drivers are seemingly unable to stop themselves from looking at wrecked vehicles, injured passengers, or emergency workers who are rendering aid at the scene of a wreck. Rubbernecking does more than simply causing minor delays for other drivers and causing traffic to slow to a slow crawl. Sadly, rubbernecking also causes additional crashes as motorists are suffering due to other distractions and many times end up in accidents themselves.
It is crucial to understand that many of us have been guilty of rubbernecking at least once or twice while on the road. Ultimately, it is a natural reaction to have a desire to see what caused your delay in traffic — even if you are close to denouncing the drivers in front of you for committing the same action.

Luckily, there is some good news. There are entities trying to resolve the issue of rubbernecking. The United Kingdom’s Highways Agency has recently been using screens to block off certain areas around car crashes and has even documented positive outcomes when attempting to reduce rates of rubbernecking. These kinds of solutions can help to prevent this kind of distracted driving by the reduction of any visual incentive to stop and stare at the accident. This allows drivers to continue at a steady pace while also eliminating any temptation of distraction that could possibly result in a collision, injury, or death.
Car crashes are due to distracted driving can be detrimental to personal finances while creating physical, mental, and emotional trauma that can affect your life for many years. Luckily, people are able to limit their exposure to distractions once they become aware of the issue, helping to create safer conditions for you and others on the road.

Distractions on the road like rubbernecking can potentially put other drivers on the road at risk. When you aren’t paying adequate attention to the road, it is much easier to hit another vehicle and potentially cause a severe car accident. These actions are entirely preventable, making sustaining injuries even more unbearable.
The Salt Lake City personal injury lawyers at Siegfried & Jensen have been providing Utah residents who are victims of negligent drivers in order to help them recover damages after an accident, such as unforeseen medical costs, lost income, and pain and suffering. If you or a loved one has been harmed by a negligent driver, call us today at (801) 845-9000 to see how we can help you.