Like all states, Utah has a unique statute of limitations that sets a limit on the time you are allowed to take when filing a lawsuit in its civil courts. If you have been injured by a dog in Utah, you have four years to file a case in court. The four-year time span usually starts on the date the injury happened, but certain situations can alter how the statute of limitations operates. Because of this, it is crucial that you know how the rule is applied to your unique case. Keep in mind, if you do not file a suit within the four-year time limit, the court is near certain to refuse hearing it.

There is a specific law in Utah that is meant to address dog bite liability. U.C.A. 1953 § 18-1-1 states that “every person owning or keeping a dog is liable in damages for injury committed by the dog,” even in the case that the owner was unaware or had any reason to know that the dog may hurt someone. This lack of requiring prior knowledge by the owner makes Utah’s dog injury statute a “strict liability” law.
The dog bit law in Utah does not only apply to injuries sustained from dog bite attacks, but it also is concerned with injuries resulting from the actions of the animal. For example, if a dog knocks someone to the ground, injuring them in the process, the injured party is eligible to seek damages against the owner of the dog under Utah’s dog bite law. The injured victim can also file a claim based on negligence, meaning that the owner of the dog failed to act reasonably and that this reckless act directly caused the injury. 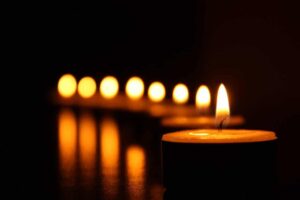 The dog injury law in Utah is fairly comprehensive, so there are limited defenses that can be taken by those facing a lawsuit under the dog injury statute in Utah. The law does have some notable exemptions of liability for trained law enforcement dogs who are “reasonably and carefully being used in the apprehension, arrest, or location of a suspected offender or in maintaining or controlling the public order.”
However, when a dog bite or some other harm involving a dog happens in Utah due to negligence, a dog owner has certain defenses that they can raise. For example, the owner of the dog could attempt to argue that the injured party was somehow partly responsible for the accident. This is known as “comparative negligence,” and could apply if the injured party was said to be provoking the dog, taking on some of the responsibility for their injuries.
Utah is considered a “modified” comparative negligence state. This means that if the injured party is found to be less than 50 percent at fault, the law requires that the courts reduce the amount of compensation in damages that can be recovered by the injured party by a percentage equalling his or her own fault. However, if the injured party is seen to 50 percent or more responsible for the accident, he or she will not be allowed to collect any damages from the owner of the dog or their insurance provider.
Also, if the injured party was trespassing at the time they were injured, the owner of the dog could potentially argue that would limit homeowner liability for the trespasser’s injuries. These circumstances could ultimately affect the amount of compensation that the plaintiff can receive in a dog bite injury lawsuit.

Common Questions for Your Lawyer

There are some common questions after being involved in a dog bite attack:

In order to find out more about these and other questions, consult with a qualified Salt Lake City dog bite injury lawyer today.

Dog bites overwhelmingly affect children, who account for a large percentage of dog attacks in the United States. Out of these injured victims, around 20 percent require medical treatment due to the severity of their injuries. A child can experience great emotional trauma after a dog bite and potentially debilitating injuries. If your child has been harmed by a negligent dog owner, contact a Utah personal injury lawyer.
At Siegfried & Jensen, our team of Utah dog bite injury lawyers are here to help after you or a loved one has suffered from a tragic dog attack. Call us today at (801) 845-9000 to see what options are available for your case.