Once you are in the process of a legal trial, both sides involved in the suit or their legal representation will begin to gather information regarding the lawsuit. This process of investigation is referred to as “discovery,” because it usually reveals facts and documentation that were unknown beforehand — to at least one side of the case.
In most cases, the discovery process happens outside of the court, with both sides exchanging information and participating in face-to-face questioning sessions — called depositions. However, if either side is unable to agree on what should be turned in during discovery, a judge may be called upon to settle the dispute.
The sort of details that an involved party can make someone reveal is often fairly broad, but there are certain restrictions in place. A party is required to ask for facts on the lawsuit, for the identity of witnesses and those who know about the suit, for documents related to the lawsuit, and for the examination of physical objects or property related to the dispute. Discovery can be a method of seeking information, not only from the other side involved but also from individuals and businesses that are not directly related in the lawsuit.

What Can Be Discovered 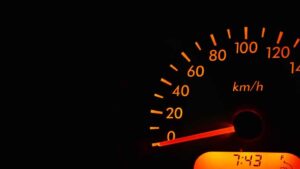 A foundational rule of discovery is that either side is able to receive any information that is related – even only somewhat — to any concern involved in the case, as long as the information is not “privileged” or legally protected in any way. Some commonly requested things during the discovery process include:

Limits on What Can Be Discovered

Essentially any piece of information that may be somewhat connected to the legal case is available for discovery. However, this massive inclusion can often result in abuse. Lawyers may attempt to get into subjects that have no legitimate relevance to the case or that are confidential in nature, only with the intention of irritating or embarrassing those involved. Luckily, there are certain set legal limits on this sort of probing, as well as safeguards to prevent private material from being publicly disclosed.
Confidential discussions. Discussions between those in defined relationships are allowed special legal protection referred to as “privilege.” Courts and legal bodies have decided that the free-flowing confidential information from these relationships is crucial enough to be protected, even if the information could be useful in a legal case. Under Utah law, no one is required to disclose any details, verbal or written, that was exchanged confidentially in these relationships:

Private concerns. Recently, courts have come to increasingly recognize that certain parts of personal life should stay private, beyond the grasp of attorneys. However, the right to privacy is a pretty new development in the legal world. Because of this, there is a lack of defined procedures regarding what is included — and the extent of this safeguard can vary significantly. Generally, the right to privacy protects someone from being required to offer information that is not inherently relevant to the case and is a matter that the individual would not normally reveal to others outside of family or close friends. This could include concerns like:

Third party privacy rights. Courts are more likely to protect the privacy of third parties — for instance, witnesses, co-workers, or family members of those involved — than the privacy of those actively engaged in the lawsuit. Courts will often place limits on how much a party can discover about someone who is not actively involved in the legal proceedings, under the reason that it is not fair to invade the privacy of someone who has been drawn into the case.
Keeping discovery information from the public eye. Even if a party is mandated to reveal relevant information to the other side of a lawsuit, that information can be seen as confidential by the court. This means that the party who is given the information can be stopped from revealing this information to anyone, and the court can make sure it stays off the public record. For instance, his could be done as an attempt to protect sensitive financial details, confidential information of a business, or personal medication history that may be relevant to the case. For this to take place, a judge has to order that the information remain confidential, in what is usually deemed a “protective order.”

Utah is a crossroads state, with many companies using the highways in order to transport goods on the roads in order to get to markets on the other side of the country.
Smaller passengers cars are extremely vulnerable when they are involved in a crash with a big rig that is carrying tons of cargo. Nearly 500,000 traffic accidents happen each year involving a large commercial vehicle.
The Utah trucking injury lawyers at Siegfried & Jensen have helped victims of these accidents recover multi-million dollar settlements after sustaining injuries in crashes with 18 wheeler trucks. If you or a loved one has been harmed in a similar accident, call us today at (801) 845-9000.