When a pedestrian is struck by a car, their primary legal claim will probably be against the driver of the car that hit them. However, depending on the circumstances of the accident, he or she may be able to also file a claim against the municipality or city where the crash took place if unsafe roads or traffic control devices — such as traffic lights or signs — contributed to the incident. After providing some preliminary information, we are going to discuss both of these potential claims in a bit more depth.

If you are harmed in kind of car crash, you should always contact the police, document the scene of the accident as well as the vehicle that hit you, take down the names of witnesses, and contact your insurance provider.

If you are in pain after being struck by a motor vehicle, you should always seek immediate medical attention. If the pain is particularly severe, you may even need to take a trip to the emergency room. Whatever the case, you should seek your primary care provider as soon as you can following a crash. You shouldn’t wait. Insurance adjusters — as well as the court — will often assume that if you did not seek immediate medical help after the incident, you were not seriously injured. Because of this, it is important for your health, as well as your legal rights, to receive proper medical help and get all sustained injuries and medical treatment documented in your medical records.

Who Pays For Your Medical Expenses?

In the state of Utah, who pays for your immediate medical bills following a vehicle accident will be your insurance company through your no-fault insurance coverage. No-fault states, such as Utah, require that all drivers maintain no-fault coverage through their auto insurance provider so that, in the event of an accident, they will be able to have their treatment covered up to the limit set on the policy. If the injured party decides to file suit against the at-fault party, and he or she wins their suit, this money will be repaid to the insurer.

Filing an Injury Claim Against the Driver 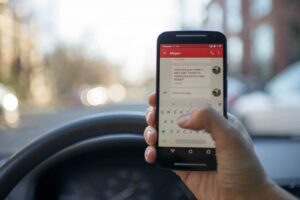 Filing a Claim Against the Local Municipality

Certain auto-pedestrian accidents may be found to be the fault of the city or township due to the layout of a street or because of inadequate traffic control devices such as traffic lights or stop signs. We are going to discuss a few examples of when a municipality could be held liable for an auto-pedestrian crash.
A broken traffic light would be a fairly obvious example. If, for some reason, both the pedestrian and the oncoming vehicle have green lights, and the pedestrian crosses the street without seeing that the oncoming vehicle also has a green light, then a negligence claim against the city could be possible.
However, if the pedestrian sees that the oncoming vehicle also had a green light and still chose to cross, then he or she would not have a strong chance of having a successful case against the city.
A poorly located crosswalk could also be another example of municipal negligence. Imagine that there is a crosswalk located right past a curve on a busy roadway and that there is no street sign to alert oncoming vehicles that a crosswalk is located just beyond the curve. This is an example of poor municipal planning, and it would be deemed a safety hazard. Drivers would come barreling over the curve without knowing there is a designated crosswalk coming up very shortly.

Pedestrian accidents are on the rise in the state of Utah, with a marked 15 percent increase from 2010 to 2011.
Out of 866 pedestrians who were hit by a motor vehicle, 770 were injured while 32 were killed. Pedestrians are vulnerable to being injured in these vehicles due to lack of safety mechanisms in place and their disadvantage in size when compared to even a smaller passenger vehicle. Whatever the case, pedestrians may be eligible to regain lost compensation and recover after a terrible crash by contacting an experienced Salt Lake City pedestrian injury attorney.
The team at Siegfried & Jensen has helped thousands of victims recover after being injured by a countless driver, helping them regain lost compensation that is worthy of their injuries. If you or a loved one has been harmed in an auto-pedestrian accident, call us today at (801) 845-9000 to discuss your case with a qualified legal professional.