If you have been harmed in an accident involving a slip and fall on someone else’s property due to a hazardous condition, you will probably require to provide evidence of some key factors in order to have success in your personal injury case:

Due to the fact that many property owners are often fairly active on maintaining their properties, the first scenario that is often the focus of most litigations involving slip and fall incidents, but the first scenario can be difficult to prove because of the phrasing “should have known.” It will ultimately be up to the decision of the judge or jury to choose if the owner of the property should have had knowledge of a slippery step that resulted in your injuries after you present the full extent of your evidence and arguments.
If you think you have grounds to claim negligence due to a slip and fall injury, it is advised that you understand the types of damages that can be regained through a lawsuit, such as medical expenses, lost income, and pain and suffering. If you want to get a general figure of what the value of your damages is, you should contact a qualified Salt Lake City personal injury lawyer. 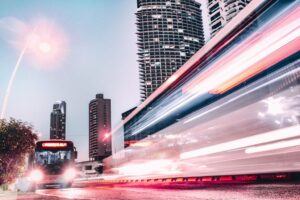 When you are attempting to establish that a property owner is responsible for injuries that were sustained in a slip and fall incident, you will likely have to show the reasonableness of the actions exhibited by the property owner, at some point. Here are some useful questions that you and your legal representation may want to consider before beginning a claim:

A majority of states, including Utah, utilize a concept known as comparative negligence when dealing with slip and fall accidents. This essentially means that the plaintiff, in some shape or form, contributed to the accident — for instance, he or she was talking on their cell phone and did not notice a warning sign. This would affect the amount of damages that could be recovered, significantly reducing the final amount by the degree that the plaintiff is comparatively liable. This percentage is determined by the courts.
When researching the legal responsibility of a landlord, there are some key questions that can help you evaluate the chances that you could be found comparatively negligent after a slip and fall accident:

If you have been discussing your case with an insurance company concerning a possible settlement for your sustained injuries, you will likely be asked certain questions that are similar to the ones provided here. You will not have to prove that you were extremely cautious to the insurance provider, but you will likely have to show that you exercised enough caution so that the insurer does not believe you acted negligently.

Slip and fall injuries are by far the most common personal injury claim in the U.S. Nearly 30 percent of those injured in a slip and fall experience severe injuries.
Siegfried & Jensen’s team of skilled Utah slip and fall attorneys believes that no victim should take on the financial burden of an accident resulting from a negligent property owner. Call us today at 801-845-9000 if you or a loved one has been injured on someone else’s property.