Medical malpractice cases come about when a patient is injured while in the are of a doctor or nurse who fails to provide adequate treatment. Fortunately, most physicians and hospitals only make mistakes in a very small number of cases. However, within that minority, there are specific errors that recur more often than others. We are going to take a closer look at the mistakes made by physicians and hospitals that make up the majority of malpractice lawsuits.
Some words of caution on the kinds of medical errors that are discussed in this article: try to remember that just because a doctor made an error of a patient was dissatisfied with a course of treatment, it does not necessarily mean that malpractice took place. To meet the legal definition of malpractice, the physician or medical provider must have been negligent — meaning the doctor was not reasonably competent and that this incompetence resulted in injury to the patient.

Misdiagnosis and delayed diagnosis account for a significant percentage of medical malpractice claims. When a physician misdiagnosis a patient’s condition (or fails to diagnose a serious condition), the patient may be prevented from pursuing treatment alternatives that could have prevented serious harm or death.
In order to prove a valid medical malpractice claim based on misdiagnosis or delayed diagnosis, you need to compare what the doctor did — or failed to do — with what another similarly trained physician would have done under similar circumstances. If a reasonably skilled and competent doctor working on the same case would not have made a similar diagnostic error, then the treating doctor could be liable for malpractice. 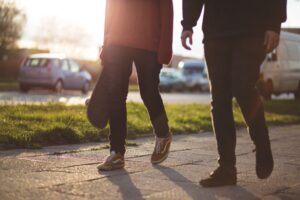 Many fetal injuries can be due to medical malpractice, such as brain injuries — like cerebral palsy and seizure disorders — fractured bones, and Erb’s and Klumpke’s palsy (damage to nerves that control arms and hands). However, try to remember that these injuries are more likely than not caused by something other than medical malpractice.
A physician or obstetrician’s negligence can take place during birth or even much before.
Negligent prenatal care. During pregnancy, negligent medical treatment is provided, it could result in harm to the fetus, the mother, or sometimes both. Some instances of negligent prenatal care include the physician or obsetrician’s:

According to a study in 2006, medical errors injure around 1.5 million people in the United States annually. Medication errors can happen in many ways — from the initial prescription to the administration of the substance. For instance, a patient may be injured if the physician prescribes an incorrect medication. Or, the patient could be harmed by medication that the doctor prescribes to treat a condition which was misdiagnosed. In the setting of a medical facility, the correct drug may be given to the wrong patient.
However, the most common medication error by far involves dosage – the patient receives too much or too little of the drug. This can take place in a few ways:

Anesthesia errors can often be more dangerous than mistakes in surgery. Even a seemingly insignificant error by the anesthesiologist can cause permanent injury, brain damage, or even death. An anesthesiologist may commit medical malpractice before anesthesia is even administered through:

Anesthesia errors that may happen during surgery could be:

Certain medical malpractice claims are due to mistakes made in the operating room. A surgeon could be negligent during the operation itself — puncturing an organ, operating on an incorrect part of the body, or leaving surgical instruments inside a patient — or the nursing staff could be negligent in administering post-op care — which could cause complications such as serious infection.

Instances of medical malpractice and physician negligence may be more common than you think. It is estimated that nearly 225,000 people die every year due to medical malpractice in the United States. In fact, this is the third leading cause of death in the country overall. Even worse, less than 2 percent even attempt to seek compensation for injuries resulting from medical malpractice, with even less actually recovering anything. 195,000 hospital deaths overall were caused to preventable. You need an experienced Salt Lake City medical malpractice attorney on your side to fight for your case in the event you suffer from medical negligence.
The team at Siegfried & Jensen understand the law regarding medical malpractice and can help you build a successful case should you decide to pursue a personal injury claim against an at-fault physician or hospital. If you have any questions or want to know more about medical malpractice claims, contact our law offices at (801) 845-9000 today.