In the event a doctor fails to make an accurate diagnosis of a patient, there could be severe consequences. The condition of the patient may become worse due to the lack of treatment or they could be treated for a condition that he or she does not actually have. This can potentially lead to long-lasting and serious health concerns.
Sometimes in situations involving misdiagnosis, the patient could have grounds for a medical malpractice lawsuit. However, it is crucial to keep in mind that not all diagnostic errors can be used as a basis for a lawsuit. It has to be proven that the medical professional acted negligently in some way.
Providing evidence of medical negligence can be difficult, but our skilled Utah medical malpractice lawyers can help you better understand what elements are needed involving cases of malpractice. Most importantly, we can help you determine if you have a strong basis for a malpractice case.

A misdiagnosis can happen in many different situations, but a majority of the reasons that cause misdiagnosis are due to delayed diagnosis or mismanagement of diagnostic testing. This can include the following:

Errors in diagnostics can potentially lead to misdiagnosis, but not all errors can be deemed as malpractice, mostly because the law does not hold medical practitioners responsible for errors which are made within reasonable care. To provide evidence for a malpractice lawsuit, you have to prove the following elements. 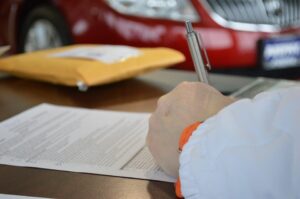 Medical professionals will often utilize a method known as a differential diagnosis in order to properly identify which condition a patient is suffering from. The physician has to consider all possible ailments before utilizing a process of elimination which relies on testing, questions for the patient, and general observations to confirm or deny certain possibilities until he or she arrives at a decision for diagnosing the patient.
When determining if a medical practitioner was acting negligently, it must be determined if he or she was acting competently and reasonably throughout the processes of diagnosis and treatment.
Our experienced medical malpractice attorneys in Salt Lake City will consult with industry experts and find out of the medical practitioner acted as others physicians with similar training would have done under similar circumstances.
We have to determine if another doctor would have correctly diagnosed the patient given the circumstances of the particular situation.
If the medical practitioner did not consider the correct diagnosis when others could have during the process of differential diagnosis, he or she could be seen as negligent in the eyes of the court.
In a similar way, if the medical practitioner had included the correct diagnosis originally in his or her list of potential diagnoses, but did not consult specialists or conduct testing for relevant information, he or she could be seen as acting negligently.

Once it has been established that a medical practitioner was acting negligently when diagnosing the patient, we have to provide evidence that the patient suffered some sort of injury in the aftermath.
It has to be shown that, if the patient had received the correct diagnosis in a timely manner, he or she would not have sustained any injuries or the condition would not have worsened.
For instance, this could include a delayed diagnosis of cancer or incorrectly diagnosing a tumor as benign when in reality it was malignant. In both situations, the patient’s cancer would progress and become possibly lethal. If the doctor had properly diagnosed the patient, there would have been a possibility of the patient’s condition being treated properly and delaying negative outcomes from their illness or ailment.

You may not realize it, but medical malpractice is fairly common. 55 percent of doctors were involved in a malpractice lawsuit in some form during 2017. These cases can be potentially deadly for victims, as their conditions will ultimately not receive the necessary treatment they need to recover from their illness. In the event that you or a loved one has lost their life due to the negligent actions of a medical professional, you should protect your legal rights by partnering with an experienced medical malpractice attorney in Salt Lake City.
The qualified Utah area personal injury lawyers at Siegfried & Jensen have been helping the residents of Utah recover damages from malpractice cases for over 30 years. In order for victims to recover from these tragic incidents, it is often necessary to bring the at-fault parties to justice for their role in contributing to the worsening of a patient’s illness or medical condition. If you or a loved one has been harmed due to the negligence of a medical practitioner, contact our law offices today at (801) 845-9000 to discuss the options for your case and see how we can help.