The Definition of Wrongful Death in Utah

Utah Code section 78B-3-106 states that wrongful death is a death resulting from the “wrongful act, neglect, or default” of the at-fault party. The action that caused the fatality has to be similar to that which can be supported in a personal injury claim.
Wrongful death claims are similar to personal injury claims because they both are based on some sort of actionable injury. However, unlike in personal injury cases, the injured party is unable to file his or her own claim in court in a wrongful death case. For obvious reasons, another party is required to bring the case to court on behalf of the injured party, as well as all other family members who were injured due to sudden death. This brings up the question of who is able to file these types of claims successfully.

Who Is Able to File a Wrongful Death Claim in Utah? 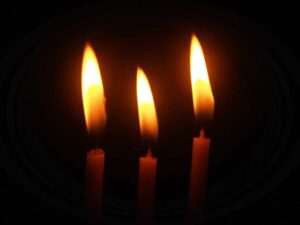 Time Limits when Filing a Wrongful Death Claim in Utah

Damages recovered through a wrongful death claim are meant to compensate surviving heirs and the deceased’s estate for losses resulting in the death of a loved one. As established in Utah law, damages that can be regained in a successful wrongful death claim include the following:

Many of these damages primarily focus on compensating the estate and surviving family members for both economic and non-economic losses caused by the death of the deceased party. However, punitive damages are a bit different. Punitive damages are not meant to compensate survivors or the estate for sustained losses. Instead, these damages are meant to be awarded in order to punish the at-fault party for their negligent actions or behavior. Ultimately, they send a message that the conduct is not to be tolerated.

In Utah, someone dies in a car crash every 36 hours. It is never easy to deal with the loss of a loved one, and when surviving heirs have to take on the costly damages associated with the accident, it can be even more difficult. We don’t believe a victim should take on financial responsibility for an accident that was not their fault. In some cases, surviving family members can contact a skilled Salt Lake City wrongful death attorney in order to regain lost compensation and hold the at-fault party liable for their actions.
At Siegfried & Jensen, our team of personal injury lawyers in Utah has the experience needed to help you regain financial damages after a collision caused by a reckless driver. We have helped thousands recover multi-million dollar settlements, and we hope to help thousands more get back on the path toward recovery. If you have lost a family member in a tragic accident, call us today at (801) 845-9000 to see how we can help your case.