Speeding puts everyone else on the road in danger. Statistics from 2017 show that speeding was responsible for the deaths of 9,717 people and accounted for over a quarter (26 percent) of all roadside deaths that year. There are many frustrations in the modern world due to busy schedules and tight deadlines, but speed limits are there to protect everyone who is sharing the road. It is important that you understand the risks associated with speeding and why traveling faster can ultimately put you in danger.

The Risks of Speeding

For over twenty years, speeding has been the cause of at least one-third of all car crash deaths. Speed can also impact your safety even when traveling at the posted speed limit. However, when you are traveling fast in dangerous road conditions, like inclement weather, a road that is being repaired, being in an area in the evening that is not well lit, and other potential road hazards, you are putting you and other drivers at significant risk of being injured.
When you are speeding, you are not only putting your life at risk but also other drivers and passengers who are on the road with you, including police officials. It is a significant issue that requires a proper solution in order to provide for safer road conditions. The National Highway Traffic Safety Administration (NHTSA) offers guides and tools in order to spread awareness about safe driving practices, and this includes tips on how to handle an aggressive motorist when you encounter them on the road.

When you speed, you are doing more than merely breaking the law. There are some far-ranging consequences that should be kept in mind: 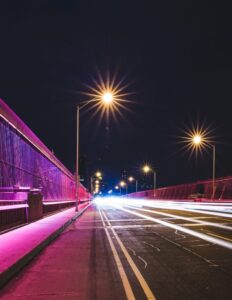 How to Deal with Speeding and Aggressive Drivers

Speeding and other aggressive driving behavior do not only impact the speeder — it also can impact other motorists, cyclists, and pedestrians. Here are some usual tips for what to do when encountering a speeder or aggressive driver on the road:

Crashes due to Speeding in Salt Lake City

Each day, someone is injured in a terrible vehicle collision. Unfortunately, a majority of these auto accidents are devastating to their victims, often resulting in death. When a victim dies in a car crash, they leave behind families who have to take on the aftermath of the accident, being forced to pay for medical bills and funeral expenses, while sometimes with a loss of income. In some cases, the surviving family can call a qualified wrongful death attorney in Utah to protect their legal rights after a deadly crash.
For over 30 years, the experienced car wreck lawyers in Salt Lake City at Siegfried & Jensen have been helping the residents of Utah get back on their feet after experiencing injuries because of the negligent actions of another driver. We have helped countless families win millions in their accident claims. If you have questions, call us today for a free, no-obligation consultation to discuss your case and see what options we have for you.