Many cases involving a personal injury claim end up being settled before or during the trial. Only a small number of these cases actually reach the courts and are given a verdict from a jury. There are some key benefits — for both the plaintiff and the defendant — in keeping these lawsuits from going to trial and out of the jurisdiction of a jury. Keep reading to find out how a Louisiana personal injury lawyer would potentially negotiate a settlement for a lawsuit.

When Will Settlement Discussion Usually Start? 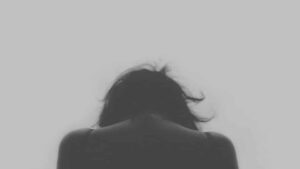 Once you have filed for a civil lawsuit against the defendant, serious discussions regarding the settlement will seldom take place until the defense attorney has completed the pretrial investigation — also known as “discovery” — that is a part of the case. This can include tools of discovery such as interrogatories and depositions. Insurance providers will seldom if ever wish to engage in serious settlement negotiations until all the facts are known that are needed to make an informed decision.
In cases that are a bit more complex, defense attorneys will not usually want to begin serious discussions concerning a settlement until after the plaintiff’s legal representation has identified their expert witnesses. This is largely due to the fact that they want to wait until they know the plaintiff’s attorney has actually done the necessary work to prepare the case for trial.
In certain cases, the defense attorney will file a motion for summary judgment — a motion to dismiss the case altogether. When this is applicable, the defendant might not want to discuss options of settlement until after the court rules on the motion. If the motion is granted by the court, then the case will be completed. More clearly, it will be dismissed. However, if the motion is denied by the court, then it may be time to discuss a settlement. In other cases, the defense attorney will wish to discuss offering a settlement while the court is considering the motion. Every case is unique when it comes to the process of settlement negotiations.
When discussing the idea of a settlement, the insurance company and the defense attorney have the upper hand. They are the ones who are offering compensation to the plaintiff. If they are not willing to begin negotiations, the plaintiff and their legal representation will likely not get very far in their settlement discussions.
If the plaintiff’s lawyer is skilled, he or she will not want to appear overly eager to discuss a settlement because the defense may view this as being desperate. If the defendant’s representation believes that the other side is desperate for a settlement, they will take this is a call to offer a low settlement, trying to get the plaintiff to settle for much less than the value of the claim. Because of this, an experienced lawyer will often wait until the defense attorney approaches the plaintiff about negotiating a settlement.

What is the Process of Settlement Discussions?

In smaller injury lawsuits, and in cases where the lawyers know each other, one lawyer will just call the other and discuss the settlement. The plaintiff’s representation may or may not draft a demand letter. After this, the defense may or may not counter with another offer. If the demand is seen as too high by the defendant’s lawyer, he or she may just ignore the demand, state the demand is too high, and the insurance provider will not provide a counteroffer. If there is a counteroffer, then the negotiating process starts. Sometimes this can be settled between the lawyers, and in others, it cannot. If a settlement cannot be reached, next will likely come mediation.

In larger personal injury lawsuits — and sometimes even in smaller cases — the attorneys and their clients will often attend mediation. Many courts these days require each side to attend mediation to try and settle the case. The mediator will meet all involved parties initially and then meet with each side separately to see if he or she can try and get their desired settlement amounts to be closer. Mediation can take hours and sometimes even days. Mediation is not always successful, but it has been proven to be helpful in settling cases overall.

How Long Can Settlement Negotiations Last?

If the injured party accepts the settlement offer from the defendant, then the case will be settled. All the lawyer has to do at this point is to inform the defense that the offer has been accepted.

There is No Going Back

Probably the most important rule regarding settlements is that, once it has been announced that the plaintiff has accepted the settlement offer, the case will be completed. A change of heart regarding a settlement offer will be unsuccessful, even if it comes just five minutes after accepting it. As is the case with any other contract, there is almost no chance of getting the court to change a settlement agreement. Because of this, it is crucial that the plaintiff consider the terms of the offer carefully — the amount of money, the terms of payment, release of liability, and the terms of confidentiality — before accepting the offer.

You may not know it, but when you are taking a left turn at an intersection, you are committing a dangerous maneuver. Nearly 22 percent of all car crash deaths involve left-hand turns. These crashes can result in significant injuries to those involved due to the force of the vehicles involved.
The Salt Lake City auto accident lawyers at Siegfried & Jensen have helped our clients regain settlements worthy of their injuries after a crash. If you have been injured by a driver’s negligence, contact us at (801) 845-9000 to discuss your claim.