When involved in any personal injury lawsuit, it is the responsibility of the injured party to persuade the judge or jury — maybe even the insurance adjuster — that the defendant is liable for any resulting injuries after an accident. This means that it is the role of the plaintiff to provide evidence of their account of how the accident, placing liability on the defendant. This may seem simple from the outside, but once you try to attempt to do so in court, you may find yourself with some questions about how to effectively can you meet the burden of proof required of the plaintiff in a personal injury case.
We are going to look at how much convincing the plaintiff, or injured party, has to do when filing a personal injury lawsuit, along with how and when that burden of proof is used.

What is the “Burden of Proof”?

The burden of proof is used to describe the duty that is placed upon the party attempting to prove or disprove a fact that is being disputed in a personal injury lawsuit. It can also define which party is to bear this burden. Certain cases have different thresholds for what is necessary to meet the burden of proof, but for the purposes of this article, we are going to primarily address how the burden of proof is applied in civil court cases.
In cases involving civil matters, such as those regarding personal injury claims, the burden of proof is usually placed on part of the plaintiff who is charging the defendant with certain accusations, usually that he or she was the cause of their sustained injuries after a car accident. However, there are cases where the defendant may be required to establish certain legal defenses in these cases as well.
Whether civil or criminal, all legal cases have certain evidence-related requirements that must be met before a defendant can be found guilty for their accused crimes. This “burden of proof” refers to how convinced the judge or jury has to be before believing accusations on part of the plaintiff or their legal team.
People usually think this term means how convinced the judge or jury is as a whole regarding the evidence in a given case, for instance, if a defendant is guilty of causing harm “beyond a reasonable doubt” to the plaintiff. However, the burden of proof applies to each element in a given personal injury claim.

“More Likely Than Not”

As far as personal injury claims, they are a matter for civil court. The elements in a civil case do not have the same requirements of a criminal case where elements must be proven “beyond a reasonable doubt.”
A plaintiff in a civil case — such as those including personal injury claims — has a much lower burden of proof. The plaintiff just has to persuade the jury that it is “more likely than not” that the evidence as provided by the plaintiff is true. “More likely than not” — or “by a preponderance of evidence” — more-or-less means that the jury has to believe that the plaintiff’s version of the event is around 51 percent true, with the chance of them being false being no more than 49 percent. Fifty-fifty odds are not sufficient for civil cases.

The Burden of Proof and the Defendant 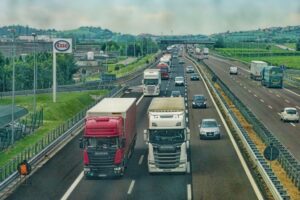 Left-hand turns are involved in around 22.2 percent of all traffic accidents in the United States. These maneuvers are inherently risky, as they potentially disrupt traffic and can result in the driver colliding head-on with an oncoming vehicle. Because of this, these accidents can result in significant injuries to those involved and often end fatally for victims. When a person is killed in a left-hand turn accident, they leave behind families who have to take on the financial burden after an accident.
The qualified Utah car crash injury lawyers at Siegfried & Jensen believe in holding negligent drivers responsible for their actions. If you or a loved one has been harmed in a drunk driving crash, please contact our offices at (801) 845-9000 to discuss your case today.