Requirements for Notices and Experts 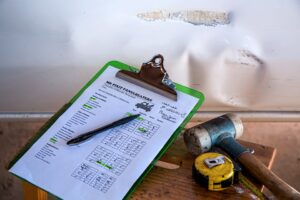 It is required in the state of Utah that all potential claimants file a notice of intent (NOI) to begin the case that will be submitted to a “pre-litigation panel.” Keep in mind that cases involving dental malpractice do not necessitate the requirement of NOI. The process involving NOI is formal and non-binding, and the verdict of these NOI panels is not admissible if the claim continues into the litigation phase. In the case that all involved parties agree, the NOI hearing can be waived or made into a binding form of arbitration.
There is no specific code or guidelines in Utah concerning requirements for medical expert witnesses, but cases that are decided in the state have come to the point where expert testimony is often a requirement at trial in order to show that a violation of a medical standard of care has occurred.
Similar to other states, there are no established requirements concerning expert testimony so that information can be easily understood by the general public. As a matter of practicality, this usually means that cases involving foreign objects, mistaken amputations, and similar concerns do not often need expert testimony.

There is a restrictive non-economic damages cap in Utah concerning medical malpractice lawsuits. There is not a cap on economic damages — such as lost income, medical costs, and other losses that can be easily calculated. However, there is a cap on non-economic damages — such as compensation for pain and suffering. These are capped in the state of Utah at $450,000. This can be hard to handle for victims who have sustained catastrophic injuries as the result of medical negligence. Overall, $450,000 over an entire lifespan will provide little comfort when dealing with serious injuries or permanent disfigurement. The initial figure was much lower when it was implemented in 1996, which has been adjusted in recent years to account for inflation.

In Utah, the state practices a form of comparative negligence when determining who is at-fault in cases involving medical malpractice. As is the case in other states, Utah provides that the negligence of the claimant could potentially bar recovery of damages if their percentage of fault is the same or greater than the combined level of fault of other involved parties in the case.
Also employed in the state is the issue of “immunity from liability” that is often in play frequently in lawsuits concerned with emergency care. Health care providers are granted immunity from a lawsuit for care provided for free at the scene of an accident or emergency. This immunity is not applied if the defendant legally obligated to respond.
Utah no longer applies “joint and several liability,” which means that a claimant in a medical practice lawsuit is not responsible for any portion of a verdict that exceeds his or her own percentage of liability. Non-parties — regardless of if they are immune from the lawsuit or just aren’t involved in a case — are also given a percentage of fault. The immune party’s assigned share of the fault is distributed among the defendants who do not have immunity, as long as the fault of the immune party is not greater than 40 percent. Their award is reduced by the percentage of their own fault in cases where the claimant is also assigned a degree of fault.

There are no mandatory insurance requirements for health care providers in the state of Utah, and there is no form of the patient compensation fund. These provisions and the cap on non-economic damages foster a legal environment that can be somewhat hostile toward medical malpractice plaintiffs. Catastrophic or high-value claimants may find themselves in a difficult situation when trying to collect damages from a physician without insurance, while claims that involve smaller settlements will often be paid directly from these practitioners.

Medical malpractice is a big issue in the United States.
You may not know, but over half of all doctors have been involved in a medical malpractice case sometime in their career. Many times, physicians will believe that these cases are unwarranted.
However, medical malpractice is the third leading cause of death in the U.S. and continues to be an issue. In some cases, victims of medical negligence or malpractice may be able to regain lost compensation with the help of an experienced Salt Lake City malpractice attorney.
Siegfried & Jensen understands that being injured by a trusted medical practitioner can be difficult to handle. We want you to focus on your recovery while we take over the legal aspects of your case. If you or a loved one has been injured due to a doctor’s negligence, call us today at 801-845-9000.